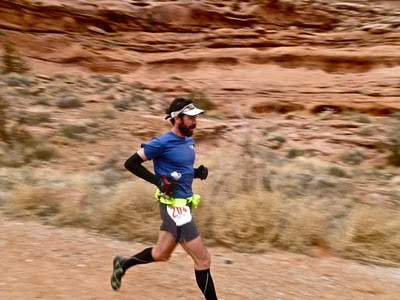 Traveled down with the Incredible Terry McGovern, Ada, and my mom to meet up with 16 other folks in the condos we had reserved outside of Moab.  Had a hard time falling asleep and woke up at 5am to get some food in the belly.  This gave me about 3 hours of sleep the night before with a fussy baby and race jitters.  Cliff bar, coffee, some Nuun, and half of a peanut butter bagel for breakfast.  Got to the start line early to drop off drop bags.  Weather was high 40s with spitting rain and strong wind.   The field was pretty stacked with Jones, Parr, Callahan, Storheim, Torrence, Burch for the men; Ortiz, Africa, Moehl, Lewis for the women.  Had it not been for the head-wind I'm pretty sure there would have been some course records broken.

The early pace felt a bit quick going up from Gemini Bridges and I settled in at about 25th place, trying to draft to get some shelter from the harsh headwind.  Despite running what should have been a controlled pace I noticed my hr was pretty high at this point: upper 160s.  I also felt tight and like the effort was more than it should have been: maybe leftover fatigue from having the flu the week prior to the race.  Headwinds were definitely a factor but rather than run a pace I wasn't comfortable with to draft I just pulled back and ran alone from mile 2 till about mile 7 or so when I caught up to Pete Stevenson and one other guy (?).  We ran together till around the mile 17 aid station (hit this in 2:12) when I stopped to fuel up and empty my shoes of some pebbles.  Started actually feeling decently here and ran well on the dirt road into strong headwinds.  This would be a theme through the day: strong pace on the uphills and flats but getting passed on the technical downhills. 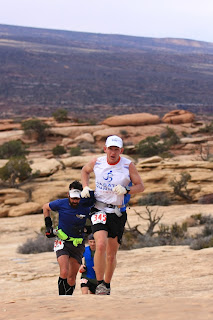 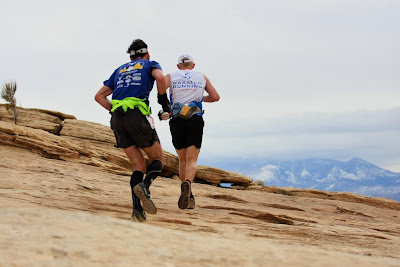 The 2nd half of the course is definitely more difficult with a lot of open slickrock climbs and descents that meander seemingly aimlessly.  Definitely prevented hitting any sort of rhythm or steady pace.   Around 22 miles (?) Erik Storheim and Stephen Young caught up to me and we ran together for what was probably 4-5 miles, often walking the steeper ups.  Felt pretty strong here, the effort was controlled,  and I was able to have some nice conversation with these guys.  Erik is a dentist in SLC who runs for Wasatch Running and is planning on running the first installment of the Antelope Island 100 miler next month.


At around what must have been mile 27 or so my L. groin/hamstring seized in a big way, probably because I had neglected drinking and eating enough over the preceding 10 miles.  I tried running through this but was reduced to stopping and then walking for 5 minutes or so.  I started jogging and it seized up again, necessitating another shorter walking break.  I downed 2 electrolyte tabs, finished the rest of my bottle, and ate a gel and in a few minutes I was able to gradually get back up to speed.  At this point Erik and Stephen were out of sight.  I slowly jogged into the mile 28 aid station feeling pretty low on fuel and fluid and thinking this would likely bode poorly for the remaining 6 miles.  Spent some time here restocking and left the aid station with 2 gels (1 of which fell out of my pocket however) and a bottle of Heed.  I was gradually able to pick up my pace a bit, spent about 1.5 minutes (?) going the wrong way down a wash, but got up to speed when we hit a nice smooth dirt road on top of Poison Spider Mesa.  From here I was able to run quite well to the finish without any cramping problems and finished strong in 10th place overall, 4:47:30.  Overall felt like this was a solid performance but certainly didn't feel like I was on my A-game all day.  I think with better fueling and hydration as well as not still having residual fatigue from illness, running 10 minutes faster would have been a real possibility.  Dakota Jones pulled off an impressive win in 4:03 (5 minutes off course record time), several minutes in front of a fading Timmy Parr. 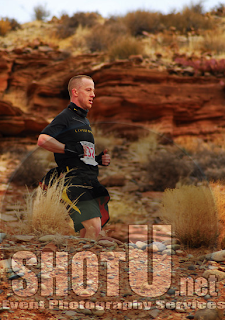 The incredible P. Terrence finished 6th overall in the 33k.  He was the first finisher from Brooklyn.  Dr. Vukin ran an impressive 3:15 for 21st place overall, again showing his natural talent for trail running events. Paige and Geof, the soon to be newlyweds finished the 55k together looking fresh as daisies in 6:48, and Anne Rich completed her first trail race longer than 17 miles in 7:27 looking strong and determined.  Thanks to Lori, Zoe and Billy, Rob and Rina, Chris Rich, and Beth Vukin for their great support over the weekend. 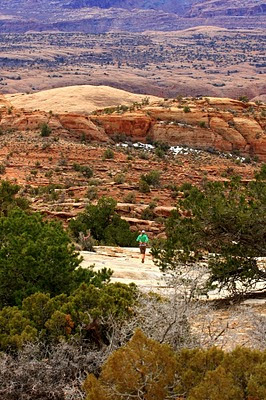 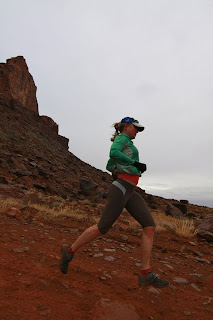 Of our crew Bethany definitely had the race of the day, placing 2nd overall for women in 5:03, beating the likes of Darcy Africa and Krissy Moehl, and storming on to the ultrarunning scene in a big way (and getting shout-outs on www.irunfar.com as well as RunningTimes.)  She did this having 13 (yup, 13) bouts of diarrhea en route, consuming only 1 bottle of fluid, and eating 2 Gus the entire day.  I'm just happy I was able to hold her off.  Her dehydration post-race was so profound that she was unable to produce any breast milk for 2 days.  Ada was gracious enough to sacrifice her continued brain development for her mom's athletic performance.  Anita Ortiz won the women's race in 4:53 coming off a long hiatus due to injury. 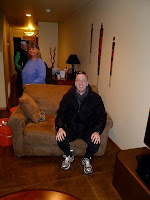 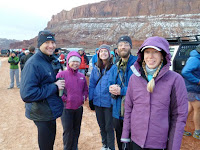 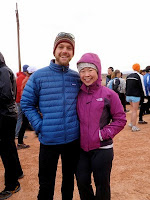 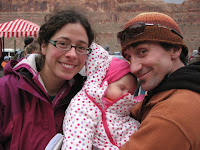 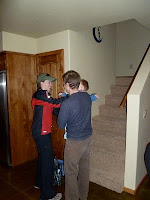 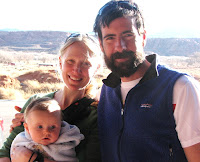 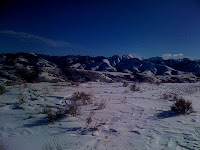 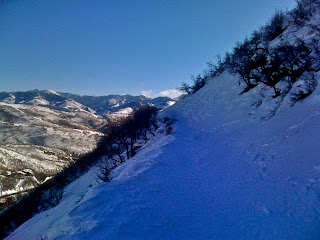 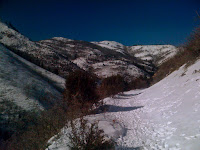