The friday preceding that at 5:30pm CEDT I lined up to run the 105 mile Ultra Tour du Mont Blanc which starts in Chamonix, France and encircles the Mont-Blanc massif via Italy and Switzerland.

And then a few days ago I killed Flower, one of our chickens, upon waking up on our first morning home to discover that he is (was), in fact, a cockerel.

I'm again in the bizarre position of reporting in great detail on mediocre running exploits - in this case a DNF - while my wife sets the world on fire and offers nary a boast.  But hey, it's my blog.

Pre-race plans were somewhat altered given that on day 1 of our trip I sprained my R. ankle quite badly descending Serles in Innsbruck, Austria.   Within an hour of landing on the runway we were off with our friend Tracy ascending this iconic peak that rises 7k vertical feet from the valley floor above Innsbruck.  Sleep-deprived, jet-lagged, edematous, and clumsy, I misjudged a turn on the rocky and rooted technical descent and laterally rolled my size 13 Hoka-clad foot.  The ankle immediately swelled up and the next few days were pretty much touch and go insofar as ambulation and ligamentous integrity. The difficulty weight bearing and swelling put into question the sanity of running 105 miles a mere 9 days later and it wasn't until a few days before the race that I was confident I would at least line up and give it a go, goals modified to simply completing the circuit.

Nonetheless we had a fantastic time, driving our rented mini Fiat from Austria to Cortina, Italy to play in the Dolomites, to Courmayeur, and finally to Chamonix, all the while fueled by bread, cheese, sausage, and plentiful red wine.

Race day finally arrived and I taped up my bum wheel and hung around nervously until the 5:30pm start.  As has been well-described elsewhere, the energy, electricity, crowd density, and excitement of the UTMB start is truly remarkable.  Coming from the U.S. where running 100 miles through the mountains is a bizarre, niche sport shared by only a few other highly idiosyncratic nut-jobs who line up at low-key, minimally attended events, when standing on the UTMB start line one is struck not just how mainstream the sport is in this part of the world, but how embedded and assumed this form of long distance mountain travel is within the culture.   Of course, this cultural identification, when coupled with high population density and proximity to the mountains, makes for a very different 'wilderness' adventure than you expect in the US: the trails are well-traveled by everyone from the very young to the very, very old and there are multiple opportunities to break up your run with an espresso at various rifugios.  One does not run UTMB to have a pristine and wild wilderness trek.  One runs it because it is the most iconic and competitive celebration of the 100 mile distance.  And in this sense it is an ecstatic experience.

That's not to say I felt particularly ecstatic during much of the run.  In fact, I've never felt this poorly for a 100(+) mile race before.  Seemingly from the get-go I felt off. While my ankle had numbed up nicely to the point of minimal pain by the time I hit Les Contamines (in the pouring rain, 3:28 into the run), my quads were already protesting- in large part, I assume, due to the fact that my running was noticeably wonky and favoring my R. foot.  Knowing that even a slight re-tweak of my talofibular ligaments would immediately end my race, my downhill running was more of a slow, syncopated skip with the use of my poles- a pattern amplified by the wet conditions, poor visibility, and steep terrain.  Unsurprisingly, this took its toll over the 22 sum odd hours before I dropped in Trient (mile 84 or so), the journey from Champex-Lac having been so horrific that by the time I met Bethany in the aid station (itself a small village of cured meats, cheeses, locals, bells, music, hoots and hollers, broken runners) there was not a moment of contemplation or indecision to be had.

The narrative here is predictable fare insofar as how these 100 mile races seem to go at times: legs increasingly useless, stomach rebelling (1), forward progress a delirious, desultory, hypoglycemic fun-house enactment of Zeno's paradox. I laid down on the trail somewhere in Switzerland for about a half hour.  The ground was wet, fecund, and smelled slightly rotten- a stark contrast to the desiccated rock of the Wasatch.   I could feel insects crawling on me but could not bring myself to brush them away.   Yes, there would have been an overlay of portentous Werner Herzog narration here were it not for the fact that I was wearing compression socks.

Of course now in retrospect I feel fairly wimpy about it all and find myself wondering if it was truly as bad as it felt at the time.

It's not to say we didn't have our suspicions about Flower.  The week prior to our departure for Europe there was the growing sense that perhaps we had misjudged genitalia.  Having been a docile chick cowering in subservience to our larger hens Oscar and Danny (the third, christened 'Poopy Danny' by Ada, had mysteriously died within hours of arriving at our home, a fact that did not enhance our confidence at urban backyard chicken raising), Flower seemed to be sprouting a suspicious looking comb and had seemingly overnight developed a previously uncharacteristic brazenness, jumping out of the fenced in enclosure with a smarmy, testosterone fueled indifference, beady eyes inscrutable, small feathered head thrusting imperiously into the soil.  Of course there was also the bewildering fact that we had twice seen him forcibly mount Oscar, our largest and oldest hen. Awakening- as certainly a number of our neighbors did- on the first morning of our return from Europe to his earnest and early crowing, we formulated the plan.

Not a symbolic atonement for my ultrarunning sins, nor a deliberate parallel trope of simultaneous vigilance and betrayal, the act itself was simply a practical necessity.  A necessity which, nonetheless, has offered ample existential material to discuss with Ada, our four year old, who- absorbing the hard and astonishing fact that, as human beings, we can make the decision whether or not to end the life of an animal so as to consume it-  queried whether we would then kill, skin, and eat GG, my sister's dog.  Sound, if horrifying, logic.

In an uncanny turn of events, literally within seconds of off-ing poor Flower, Animal Control showed up on our front step given complaints that morning from neighbors about the crowing.  I'll spare you gentle readers the grisly details of the scene (suffice it to say that I had to lie down after the whole process was completed).

So I'll ice and wrap my ankle- itself fairly nonfunctional at present time.  I'll eat some chicken soup, if not for my soul at least for my body.  And I'll think back on Mont Blanc with pleasure, astonishment, inspiration, and a touch of regret.


(1) I'm attributing the GI distress I experienced to the fact that I was foolishly trying to make up for slow downhill running by pushing the uphills too intensely past a reasonable threshold for maintaining gut integrity as well as the fact that I was unacceptably lax about hydration and developed a significant fluid deficit over the first 7 hours of the run. 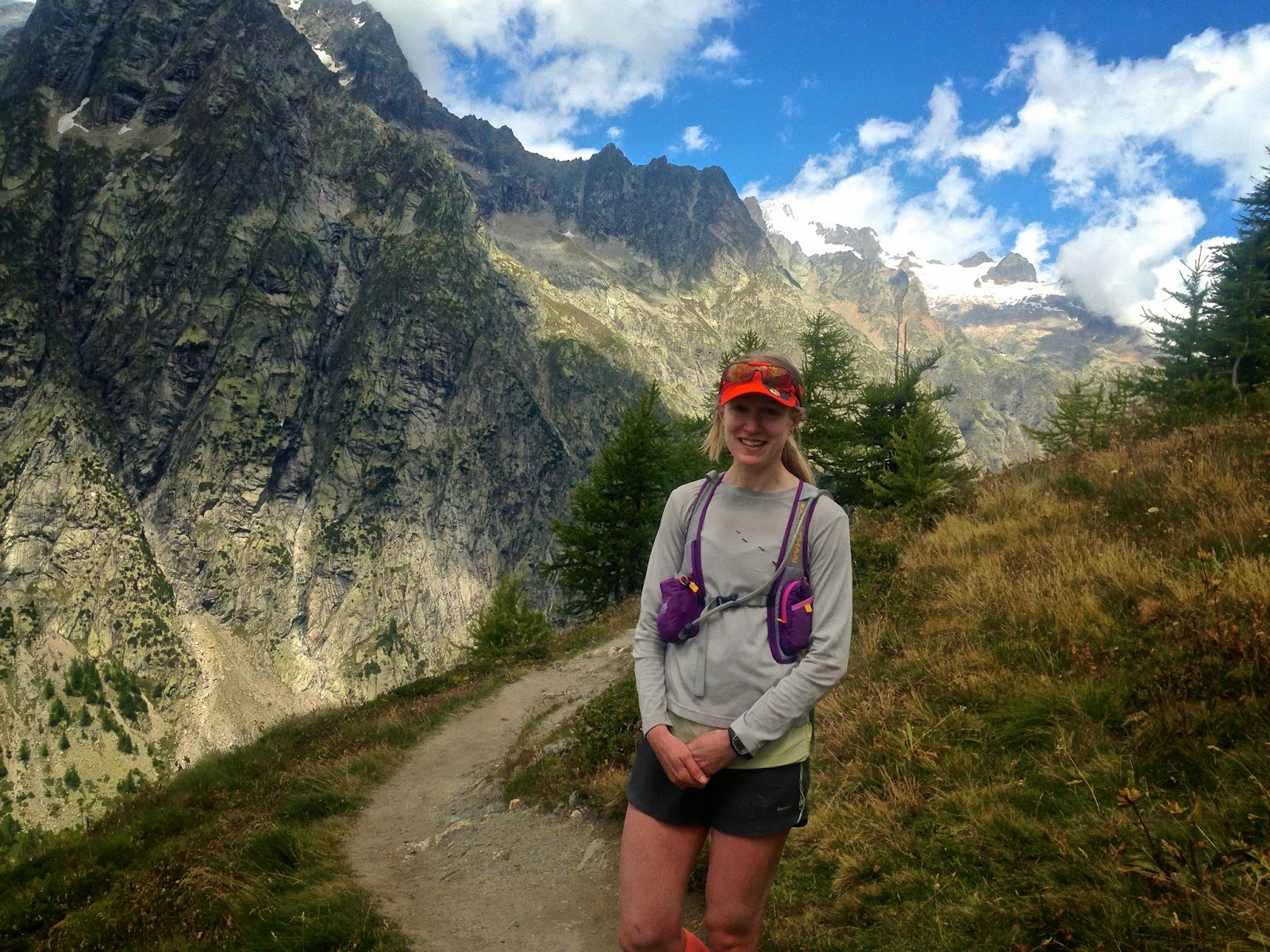 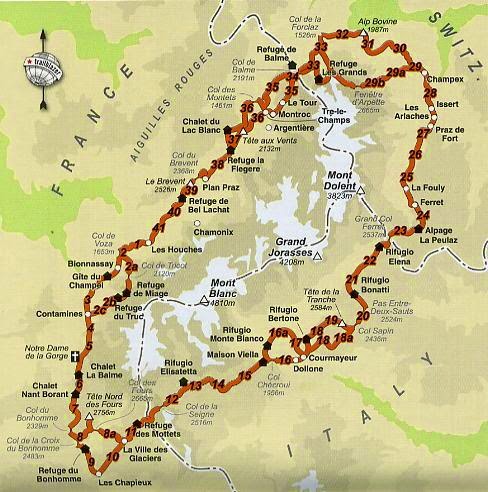 I have clearly not adequately prioritized my blogging.  Photo dump from our trip to the Sierras with the Adler family in early July. 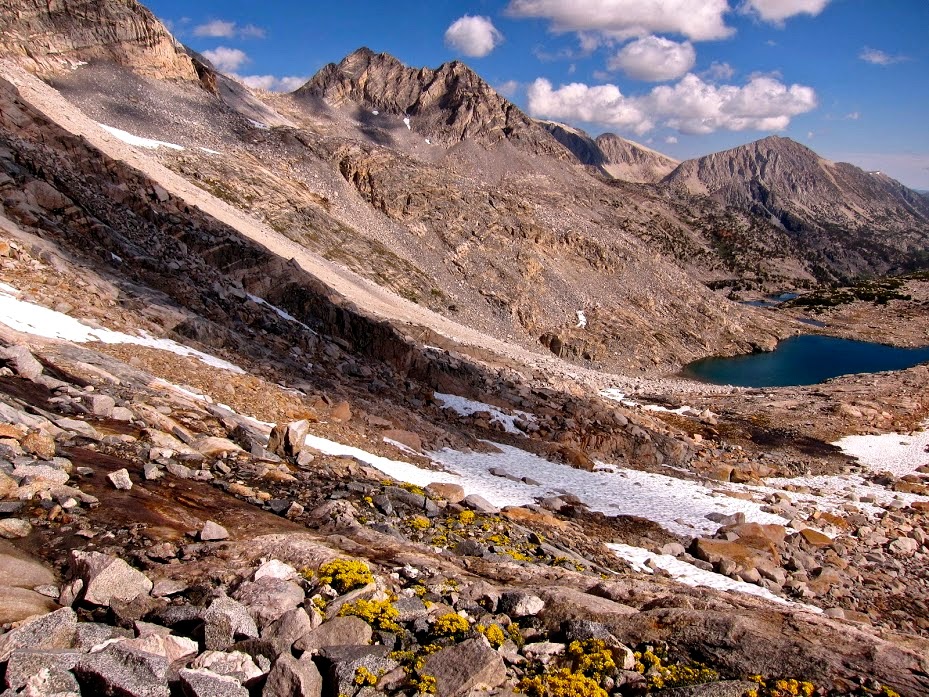 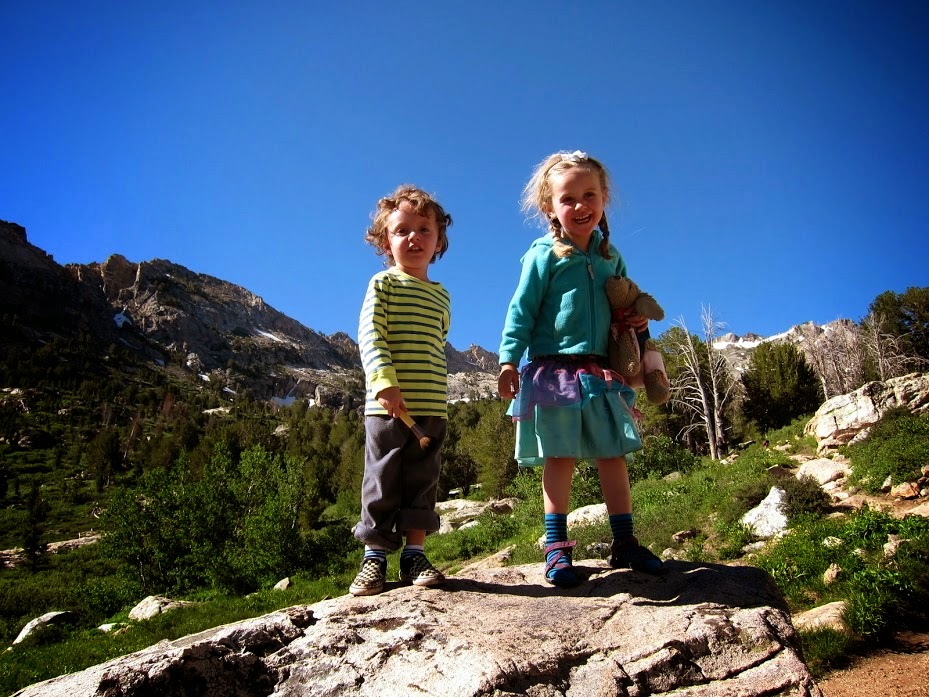